On January 27, 2020, the conservative-leaning U.S. Supreme Court sided with the Trump administration and lifted the last of the three nationwide preliminary injunctions that blocked the harmful expanded "public charge" rule from taking effect. This means that the Department of Homeland Security (DHS) can now implement the rule, except in the state of Illinois where a statewide injunction keeps the rule blocked. The rule will go into effect on February 24, 2020.

Our fight to stop this rule is not over. Our community will continue to fight back in the courts, in Congress and in the streets to stop this rule. So check back frequently as things may change.

In the meantime, here are important things immigrant families should know about the expanded “public charge” rule to protect themselves and their families.

What is “public charge”?
The “public charge” rule is a century old rule with a discriminatory history. Watch Rep. Lee explain the rule’s history here. The old rule would deny a person entry to the U.S. or from receiving a green card if they were deemed to need cash assistance.

What is Trump’s expanded “public charge” rule?
On August 14, 2019, the Trump Administration published its version of the “public charge” rule that would make it much harder for working class immigrants to receive a green card. The expanded rule would keep immigrants from getting a green card if they receive certain government  services, like healthcare, nutrition or housing.

10 Things you should know about the “public charge” rule to protect yourself and your family:

iAmericans and coalition partners submitted over 100,000 comments opposing Trump’s expanded “public charge” rule. Together, we helped to delay this rule from taking effect in October 2019 and we can do it again. Take action today! 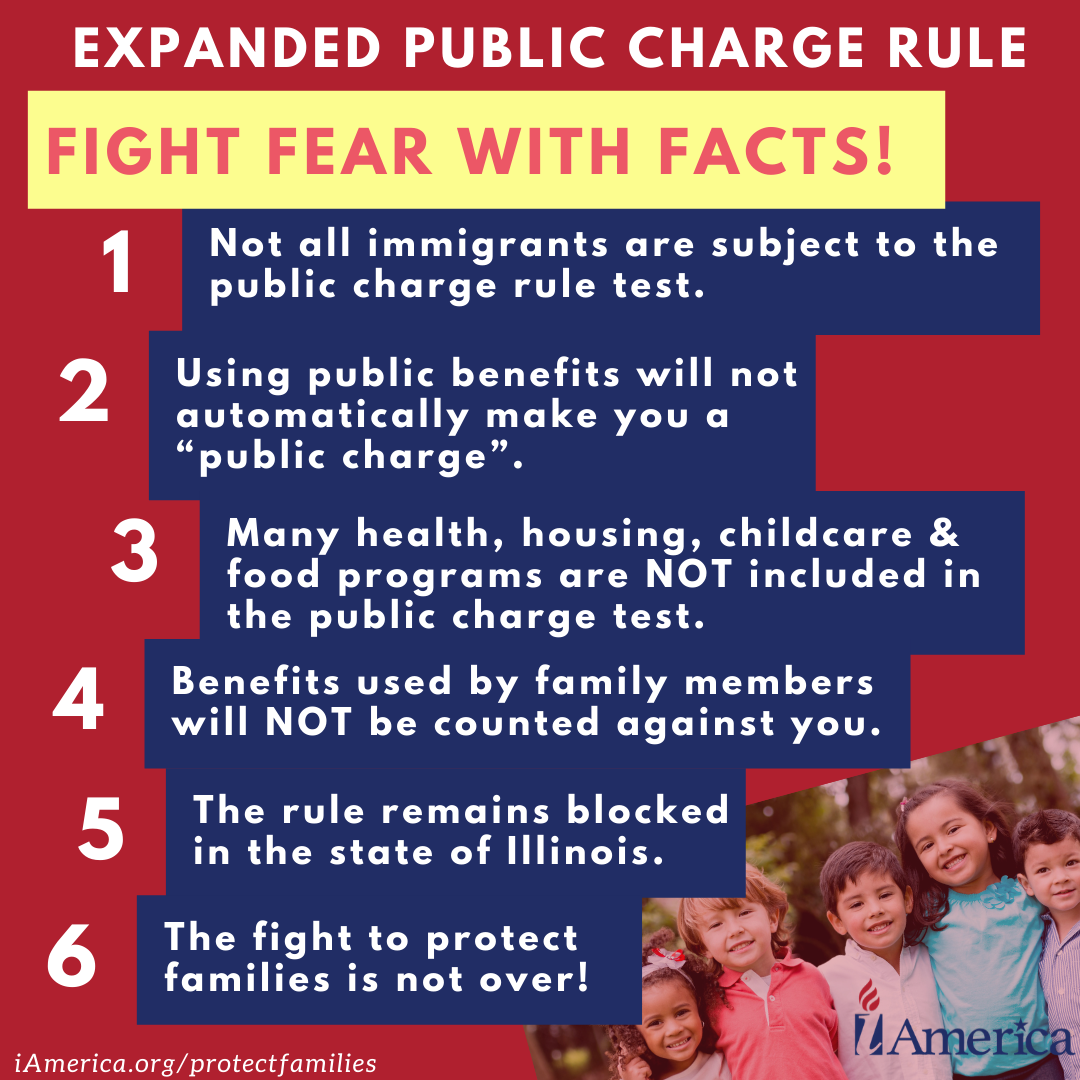 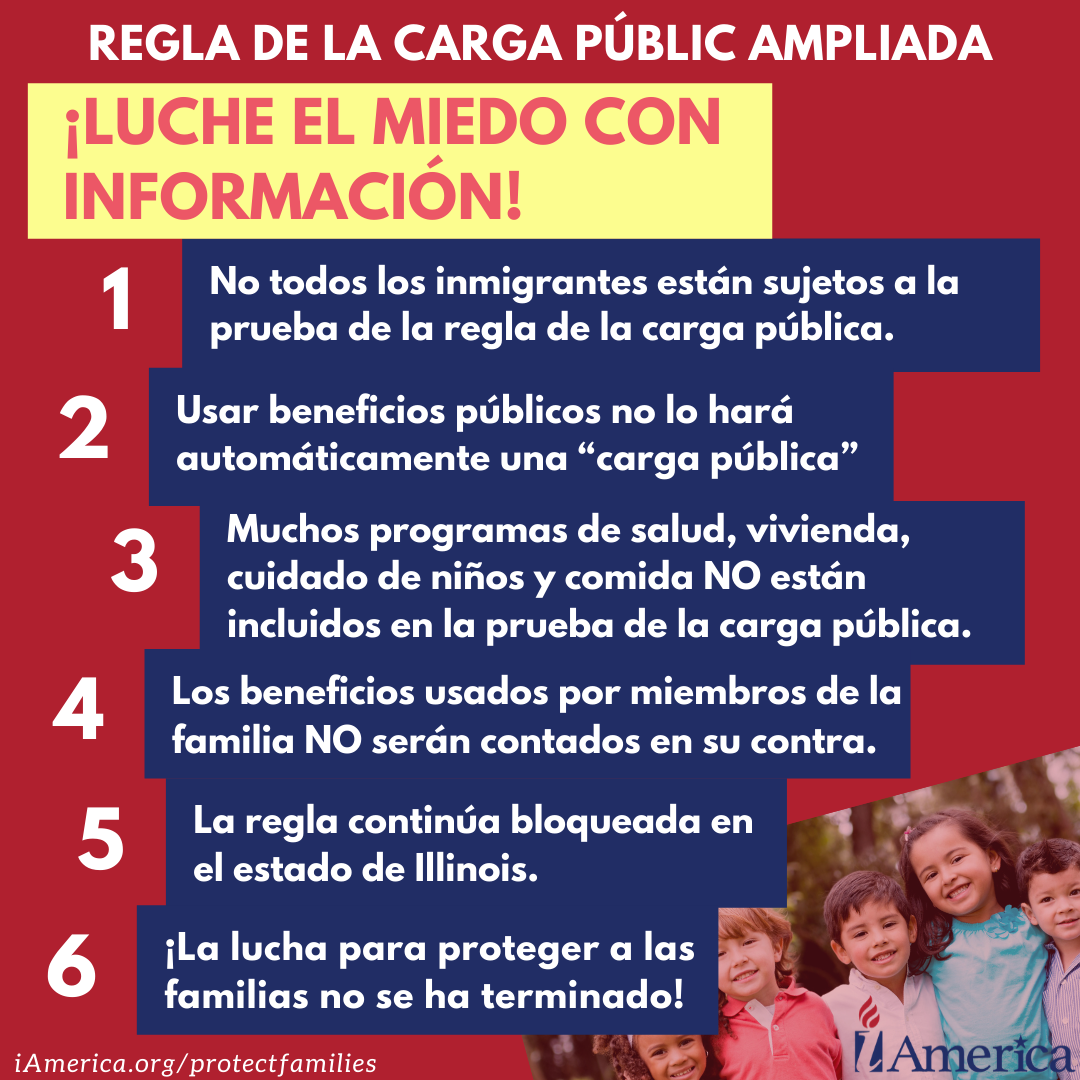