There are a lot of announcements coming from the White House as President Trump tries to change immigration right now. We know it can be confusing, so we are providing a simple summary of what these immigration orders mean. It is important to remember that the president does not make all the rules—these orders are Trump’s attempts to change immigration.

Remember, you have rights. If you have questions, consult with an attorney.

On March 6, President Trump signed a revised executive order on immigration targeting Muslims and refugees. After airport rallies nationwide protested the ban, and courts around the country rejected it, President Trump finally accepted that the discriminatory, unconstitutional ban wouldn't work. But rather than withdraw the travel ban completely, President Trump issued a new anti-Muslim, anti-immigrant version of the Muslim ban that courts refused to allow the first time around. Check out this infographic timeline to see where we are with these immigration executive orders and our fight back: 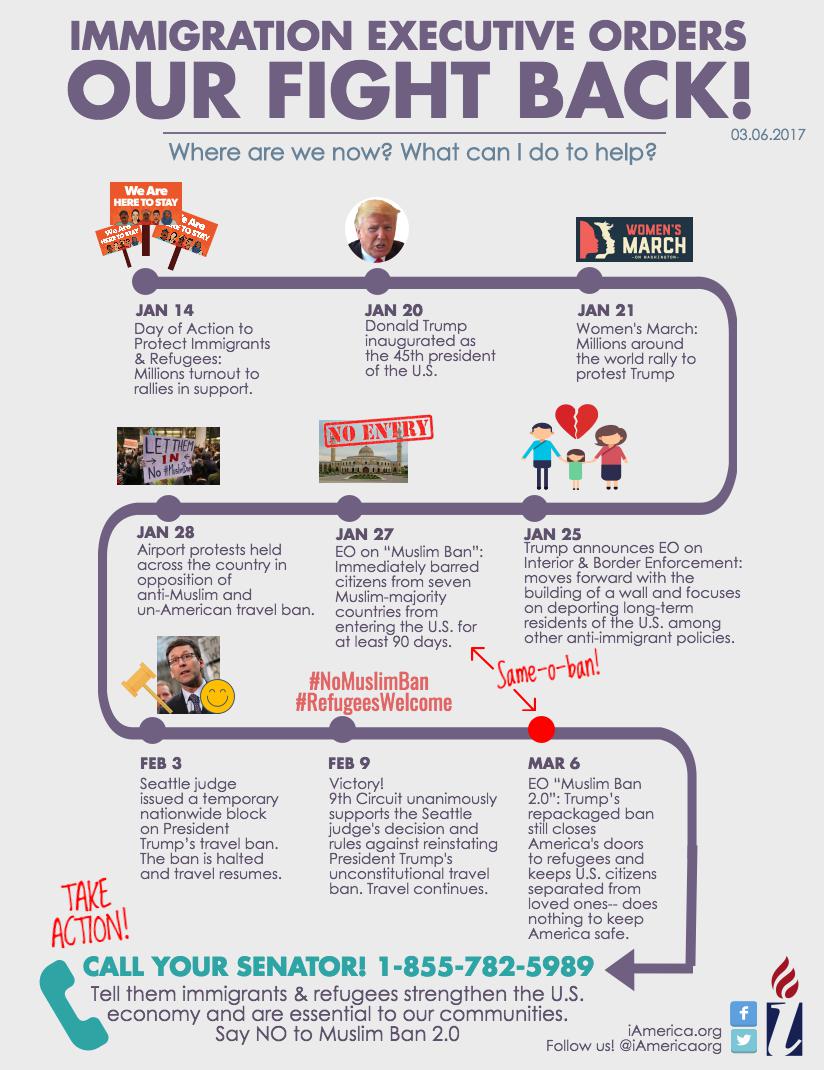 On January 27, just two days after the announcement of two anti-immigrant executive orders, President Trump announced an executive order, called the “Muslim Ban”. Here’s what this order does:

Update - February 9: This executive order has been suspended until further notice. Check back here for updates.

The January 27, 2017 executive order is available on the White House website: Exective Order on the “Muslim Ban”

These executive orders are not only about building a wall. Here are the top 5 reasons why Trump’s attempts to change immigration are all bad:

The January 25, 2017 executive orders are available on the White House website: 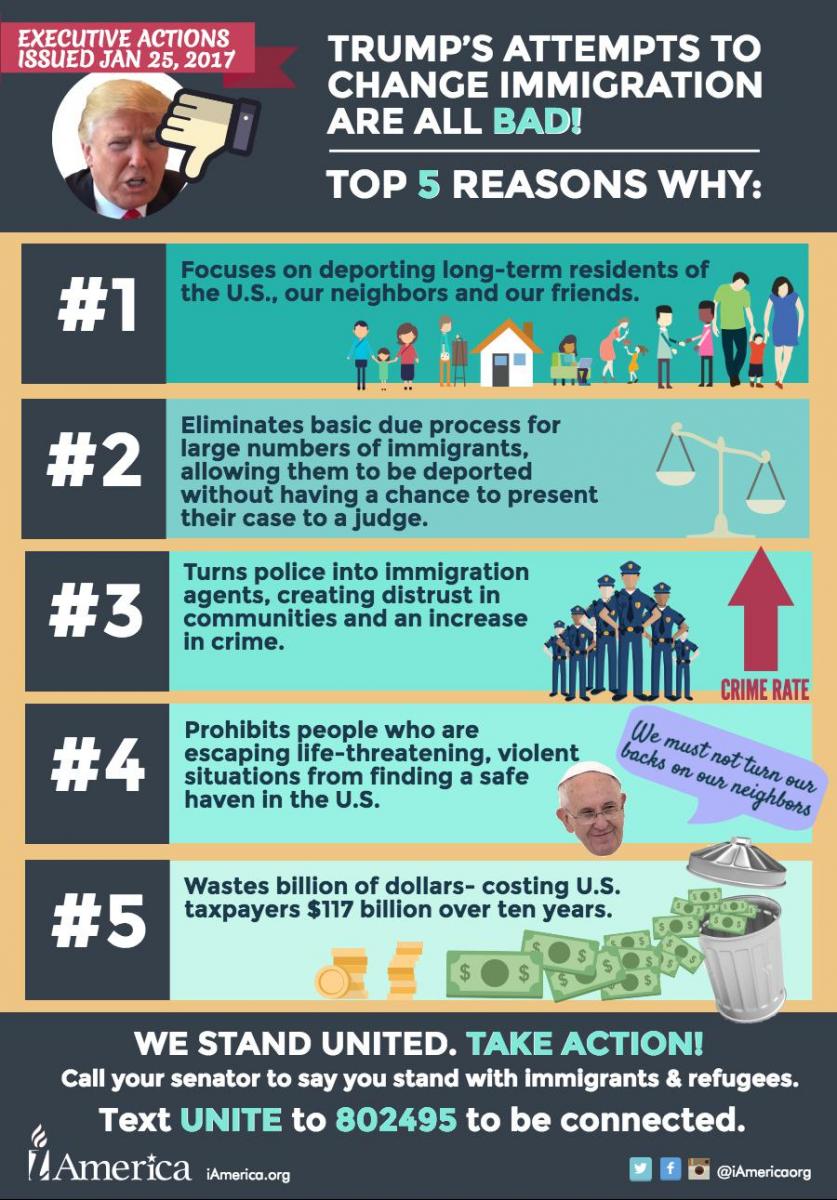 WE ARE FIGHTING BACK AGAINST THESE ATTACKS.

Our communities are fighting back against these attacks on immigrants, Muslims and refugees. Already, challenges have been filed in Brooklyn, Boston, Alexandria and many other courts around the country.

iAmerica will host a Facebook Live Q&A soon on what these executive orders mean and how they may affect you. Make sure to follow us on Facebook to get updated on the date and time of the Facebook Live event.

In the meantime, what are your questions on these immigration executive orders? Let us know! Submit your question.